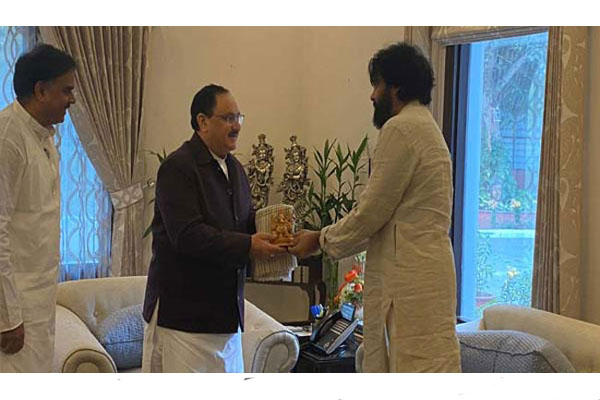 At the meeting, the actor-turned-politician tried to convince the BJP national president to give Jana Sena Party a chance to contest the upcoming by-election to Tirupati Lok Sabha seat. It is not clear what emerged out of the meeting, but the BJP seems to be in no mood to give a chance to Jana Sena Party as was evidently stated by Rajya Sabha MP G V L Narasimha Rao announced that the BJP would contest the Tirupati seat and ruled out giving a chance to the Senani.

BJP state president Somaraju Veeraju also made it clear that the BJP will contest the Tirupati byelections although he said both the parties will work together regardless of which party contests the byelections.