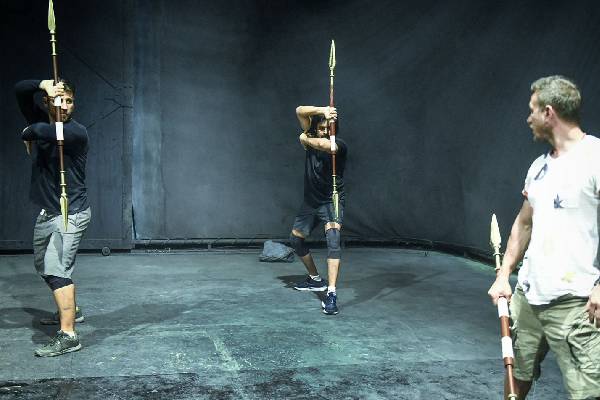 The other day, the makers of Hari Hara Veera Mallu revealed a video byte in which Pawan Kalyan is seen preparing intensively for the upcoming schedule of the film. He is specially trained in martial arts before he resumed the shoot. For the first time in his career, Pawan is fighting with 1000 artists for an action stunt which is the biggest ever action stunt for the actor. Krish says that this action stunt is the major highlight of Hari Hara Veera Mallu. The film is a periodic drama that is planned on a massive budget.

His son Akira will be seen in a small role. Nidhhi Agerwal plays the leading lady and MM Keeravani is the music composer. Massive sets are constructed for the shoot of Hari Hara Veera Mallu and the film is gearing up for Dasara release this year. Pawan Kalyan is keen to complete the shoot of Hari Hara Veera Mallu at the earliest. AM Rathnam is bankrolling this big-budget periodic drama.