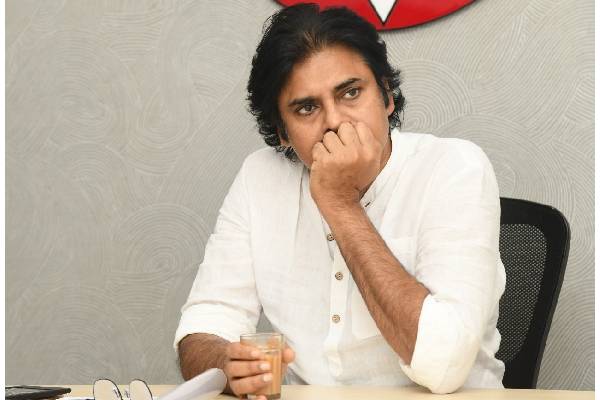 Powerstar Pawan Kalyan has a strong lineup of films and he is done with the shoot of Bheemla Nayak that is slated for February 25th release. The actor will resume the shoot of Hari Hara Veera Mallu in the direction of Krish soon after the third wave of pandemic calms down. Pawan Kalyan has to shoot for 40 days to complete the pending portions of Hari Hara Veera Mallu. He will then join the sets of Harish Shankar’s Bhavadeeyudu Bhagat Singh. Pawan Kalyan decided to complete three films this year so that he can focus completely on politics in 2023.

For this, he decided to allocate 60 days for every film. After he is done with the shoot of Bhavadeeyudu Bhagat Singh, Pawan will work with Surendar Reddy. It would be quite tough for the directors to complete the shoot of the lead actor’s portions in just 60 days. But Pawan is strict on his stand as he decided to complete three projects this year. Pawan also has grand political plans and he is keen to shift his full-time focus on politics keeping a pause for his film career. Trivikram is also planning a quick film with Pawan Kalyan if time permits. The final call would be taken at a later date.