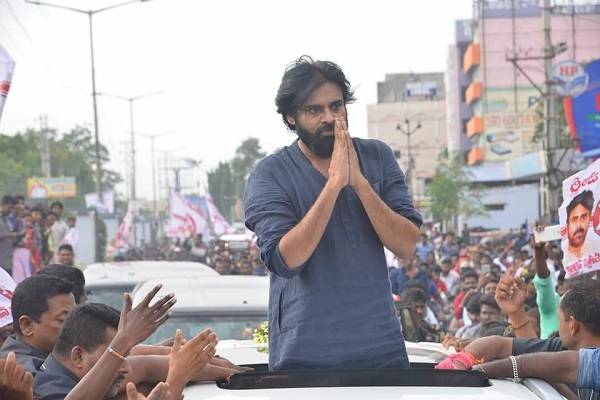 Jana Sena activists and fans raise full-throated slogans of ‘CM, CM’ frequently during Pawan Kalyan rallies and public meetings. The same is happening during his current tour in Kurnool district. This is despite the fact that single-handedly Pawan has no support base enough to become CM. His party came a distant third place with about 7 per cent vote share in 2019 elections while YCP got 50 and TDP 40 per cent vote shares.

Obviously, Pawan is getting embarrassed by CM slogans of his fans any more. But he is clever enough to make use of this to pass sarcastic comments on present CM Jaganmohan Reddy now. When his Kurnool fans raised CM slogans, Pawan told them that there is nothing magical or great in that post any more. He asked to see how a CM can drive away big industries like Kia Motors with his thoughtless policies. How a CM can bring about the ruin of all sections of people in a state?

For various reasons, Pawan Kalyan has become very much frustrated over all-round socio-economic and political crisis in AP. He is expecting immediate cure from the Modi-Shah duo but that seems not possible. Out of desperation, Pawan is leaving no chance to attack Jagan Circar in all issues available.