Switch to: తెలుగు
Home Politics Pawan says he will convince BJP for alliance with TDP 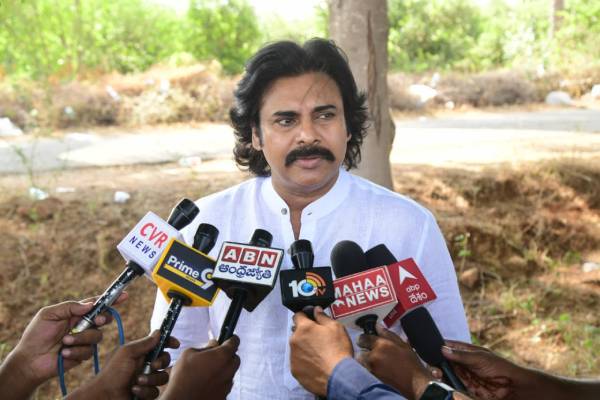 Jana Sena chief Pawan Kalyan said that he would convince the BJP leadership for alliance with the TDP in the 2024 elections to ensure that anti-incumbency vote is not divided. He said he would work for unity among all opposition parties to make sure that the YSR Congress is defeated in the elections.

Pawan Kalyan spoke to the media on Friday night at the party office in Mangalagiri on his arrival from Warangal. He said his target is to defeat the YSR Congress in the next election. He would do everything to defeat the YSR Congress and would take up the issue with the BJP leadership. He is confident of convincing the BJP leadership to agree for alliance with the TDP, among other opposition parties.

He found fault with the YSR Congress leaders’ claims on BC empowerment. He said that the government had done nothing for the economic empowerment of the BCs during the last three years. He welcomed the nomination of BC leader R Krishnaiah to Rajya Sabha. However, he said he is yet to study how the BC leaders of Telangana and Andhra Pradesh are thinking about the nomination of Krishnaiah to Rajya Sabha.