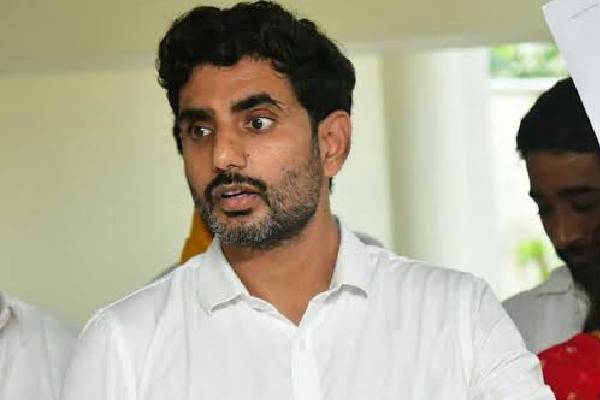 TDP general secretary and former minister Nara Lokesh reacted sharply to Ananthapur SP Fakeerappa’s statement on MP Gorantla Madhav’s video call. He questioned the technical authority of the SP to declare the video is not original.

“Is the SP an expert in forensic science? Does he have any report from the forensic laboratory to justify his statement,” the former minister asked the MP, reiterating that the MP should be punished for his unethical act in the video call with a woman.

He further blamed the SP for trying to save Madhav, who was a former police officer. “As they have the same background, the SP must be trying to save his former colleague,” Lokesh said, ridiculing the SP’s statements.

He also found fault with government advisor Sajjala Ramakrishna Reddy terming the nude video as a private affair of the MP. He wondered how the government advisor could make such an irresponsible statement as the person involved in the video call is a Member of Parliament.