Bollywood top actress Anushka Sharma surprised everyone after she took up production. She produced a couple of critically acclaimed movies and shifted her focus towards web series. Paatal Lok and Bulbbul received a positive response. Anushka Sharma posed for the leading magazine Vogue and she flaunted herself in style for the photoshoot. Anushka Sharma looked stunning in the click. “The cool breeze, the steady waves, some sand on my skin, the sun on back and salty hair. It was a good day” posted the actress along with the picture. Anushka Sharma is yet to sign new films as an actress. 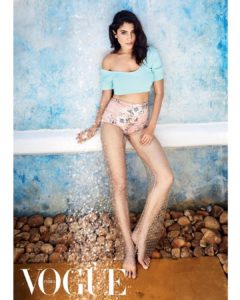