Director Shiva Nirvana has directed two films Ninnu Kori and Majili hitherto. Both the film’s generated interest when the titles were announced. Likewise, he creates a good first impression another time by naming his new film as Tuck Jagadish.

Natural Star Nani who plays the titular role as Jagadish appears as a simple guy walking at the farm lands. He is seen wearing a maroon unbranded shirt tucked into normal grey pants. The backdrop suggests that, Nani will be seen as a village guy in the film.

Shiva Nirvana is said to have broken the stereotypes for Tuck Jagadish which is expected to be very special film for Nani who is very keen to start the shoot the moment he heard the script.

Regular shoot of Tuck Jagadish commences in early 2020. S Thaman is the music director and Prasad Murella will handle the cinematography. The film is produced by Sahu Garapati and Harish Peddi of Shine Screens. 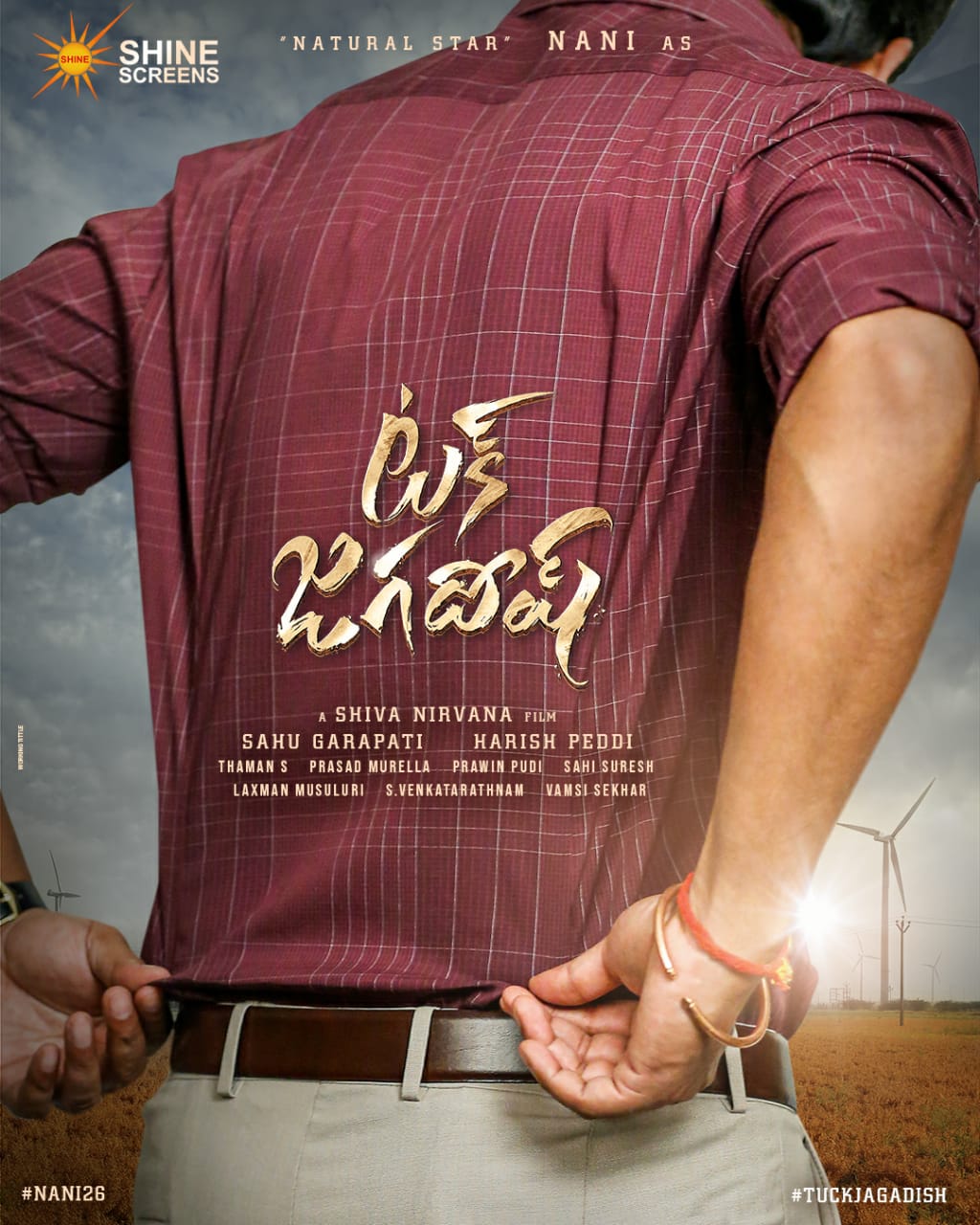