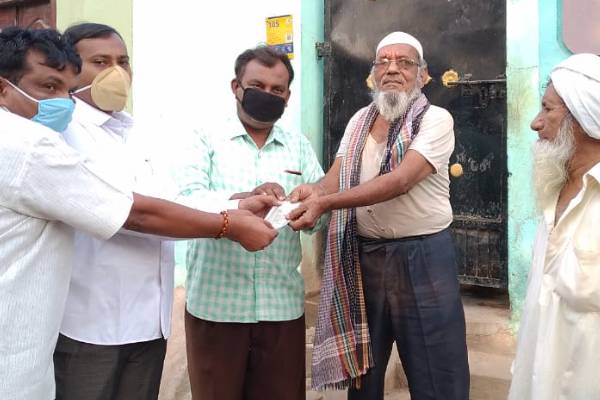 Coronavirus is a political problem, not just a health problem. There seems to be an ugly display of the politics of pandemic in Andhra Pradesh more than any other state. While the contagion of corona seems to march across the state, the YSRCP leaders seem to be in an election mode, civic polls that were postponed by the State Election Commission. Until Friday, there was a political deep freeze in so far as the deferred elections were concerned: No rallies, no campaigning, and of course no distribution of money.

Just when everyone thought the local elections were in put the backburner with the SEC putting off the polls, YSRCP leaders proved this as our wishful thinking. On Saturday, YSRCP candidates who are in fray for the upcoming civic body, ZPTC and MPTC elections were caught on camera distributing money to the people in Srikakulam and Vizianagaram districts. A large group of YSRCP activists led by the party’s ZPTC and MPTC contesting candidates were seen handing out cash to the people in the two districts claiming that it was being distributed by the party president and state Chief Minister Y S Jagan Mohan Reddy. The candidates were caught on camera uttering “Jagan anna asked us to distribute this money. Jagan anna asked us to give Rs 1,000.” An old woman was seen holding wads of notes in her hands distributed by the YSRCP leaders.

There is no problem in distributing cash to the needy especially in these times of complete lockdown which has robbed lakhs of people of their livelihoods. But the Opposition leaders were quick to cry foul. They think the cash which was distributed was actually the central relief funds that the Union government disbursed as part of the State Disaster Risk Management Fund (SDRMF), An amount of Rs 6,195 crore was released as ”Post Devolution Revenue Deficit Grant” to 14 states namely Andhra Pradesh, Assam, Himachal Pradesh, Kerala, Manipur, Meghalaya, Mizoram, Nagaland, Punjab, Sikkim, Tamil Nadu, Tripura, Uttarakhand and West Bengal. This fund was allowed to be utilised for setting up quarantine facilities, sample collection and screening; setting up additional testing laboratories, cost of consumables; purchase of personal protection equipment for healthcare, municipal, police and fire officials, purchase of thermal scanners, ventilators, air purifiers, and consumables for government hospitals.

The distribution of cash to the people has snowballed into a fresh controversy with all the Opposition parties, including the TDP, BJP, Jana Sena Party and CPI set to move the State Election Commission seeking a probe into the whole affair.

Here are the violations they listed out

violation number 1. As a rule, such cash distribution, especially central government relief funds should be carried out by the state government officials such as district collectors, MROs, VROs through volunteers.

violation number 2: Since the elections will be held once the corona crisis tides over; such distribution of cash also violates the model code of conduct.

The State Election Commission last month had deferred the elections citing the spread of corona virus, which was challenged by the AP government in the Supreme Court.

The apex court while upholding the SEC’s decision to defer the elections directed the constitutional body to partially relax the election code and allowed the implementation of only the existing development programmes. The Supreme Court also directed the YSRCP ruling that any new programme should be approved by the SEC. The partial relaxation of the code does not permit distribution of cash.

Violation number 3: The distribution of cash was carried out by the large group of local YSRCP leaders without following the mandatory social distancing norm. 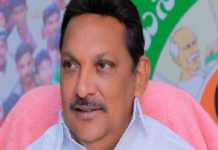