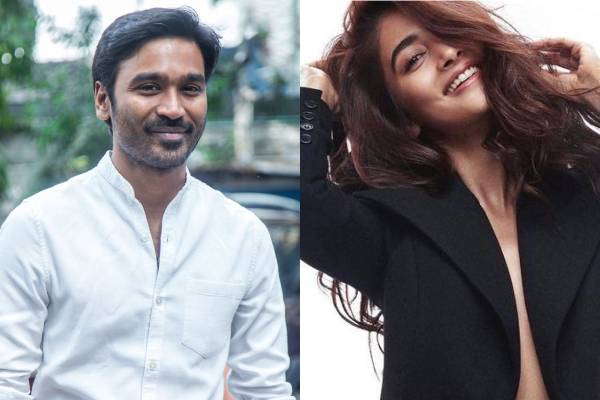 Pooja Hegde is the most happening actress in Telugu and Hindi languages. She is rushed with offers and the actress is finding it hard to sign new projects as she has her dairy full for the next one year. She is also making her comeback to Tamil with Vijay’s Beast and Pooja Hegde joined the sets recently. Going with the new update, Pooja Hegde has been approached for the heroine in Dhanush’s upcoming movie that will be directed by Venky Atluri. The makers are holding talks with Pooja Hegde and the talks are in the final stages.

Pooja Hegde is discussing about the dates and shooting schedules before signing the project. Dhanush signed two Telugu films with Sekhar Kammula and Venky Atluri respectively. Going with the update, Venky Atluri’s script is locked and the project commences shoot this year even before Sekhar Kammula’s film. Sithara Entertainments are the producers of this film which is about the education system in the country. Pooja Hegde recently completed the shoots of Prabhas’ Radhe Shyam and Akhil’s Most Eligible Bachelor. The actress will romance Mahesh Babu in Trivikram’s film and is in talks for Nithiin’s next.