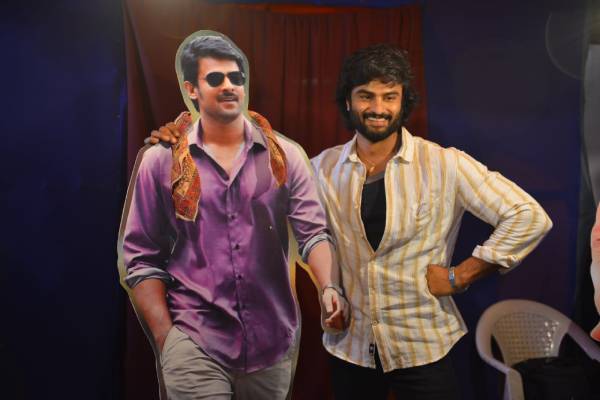 As Sridevi Soda Center, a Sudheer Babu starrer gears up for its release, the unit received a boost in confidence, thanks to Prabhas.

Prabhas personally interacted with team Sridevi Soda Center and encouraged them ahead of the all-important release. He extended his best wishes to the film.

The pan-India actor’s gesture has infused confidence into the unit.

Sridevi Soda Center is directed by Karuna Kumar. Mani Sharma composes the music for the rustic actioner. Vijay Chilla and Shashi Devireddy are producing it under 70MM Entertainments banner.