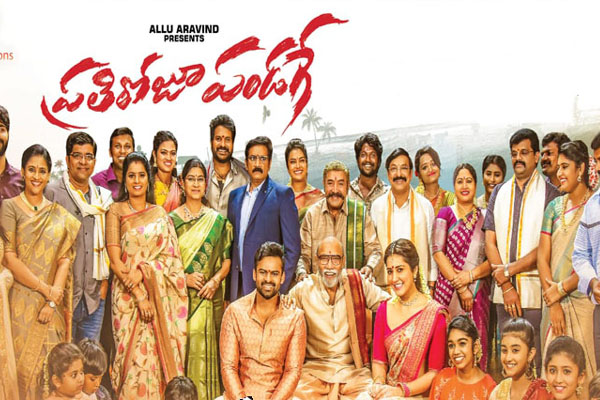 Prati Roju Pandaage has taken a decent opening in the Telugu States as the film has collected a distributor share of 3.25 Cr. The film has opened well in A centres, multiplexes and decent in B centres. The collections are better than Sai Dharam Tej’s last release Chitralahari which had collected 3 cr share on its opening day. Theatrical rights of the film in the Telugu States are valued for 16 Cr. The film is carrying decent reports among the audience.

Below are the area wise Day 1 Shares