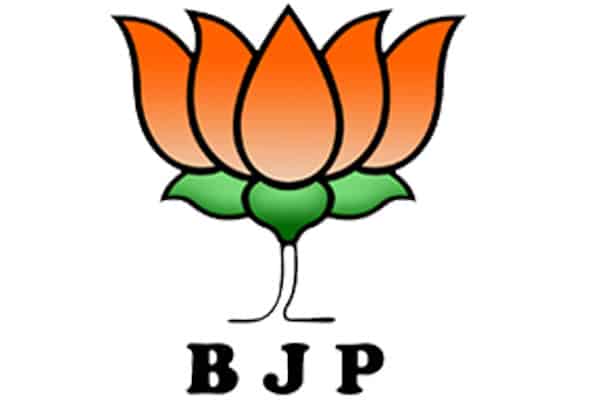 The BJP is celebrating its foundation day as the party reaches its zenith in the contemporary political life. The BJP’s transition into a largely pan Indian political force ruling the country and 20 states is a result of carefully crafted, consummately executed ideological and strategic maneuvering which no Indian political party could match.

Gandhiji believed in  Hindu universalism. His religious believes never made Gandhiji hostile to believers of other  religions. On the contrary, BJP’s Hindutva ideology professes a monolithic Hindu identity  that proclaims a militant and radicalised  Hinduism. Thus, Gandhism is unpalatable to Hindutva brigade . Yet, BJP claimed to believe in Gandhism only to mainstream itself and more to come out of the criticism that RSS ideology  inspired Godse to assassinate Gandhiji.

Similarly, given the craze for socialism, the party did not hesitate to even describe its philosophy to be socialist. But, its earlier incarnation, the Bharatiya Jana Sangh opposed even the nationalisation of banks and abolition of privy purses. The BJP’s patriarch , LK Advani described economic reforms initiated by Manmohan Singh as their patented ideology .

Though it camouflaged its ideology to gain greater acceptability with other parties and the people, the BJP kept its core credentials intact in enlivening the saffron party’s organisational and propaganda machine ,while its rival congress turned rudderless.

The self disruptive disintegration of non-congress political spectra especially the left and left of the centre made Indian polity devoid of a clear and credible political and ideological challenge to the authoritarian congress regime. The BJP with a clear sense of purpose could effectively capitalise on  the vacuum in the non-congress political space at a time when the grand old party was facing serious anti incumbency.

The elevation of first and second NDA regimes led by the BJP were at the backdrop of Congress facing anti incumbency   and no other party or a coalition could be in a position to politically or electorally challenge the  discredited Congress .

The Janata experiment and the Vajpayee mukota helped it to mainstream itself while the aggressive brand of Hindutva continued to get ascendancy in its thought and action.  In fact, the Bharatiya Jana Sangh with its conservative and politico religious ideology was unpalatable for  almost the entire political spectra. It was seen as a fringe and a political untouchable. But, the emergence of anti Congress trends in many states in the late 1960s  gave it a first opportunity to mainstream into Indian political life.  However, the big opportunity to the saffron brigade came during the anti emergency struggle.  This led to the formation of Janata conglomerate where, even socialists could find a place alongside the Jana Sanghis . The democratic struggle against the authoritarian Congress rule gave the Sanghis a golden opportunity to attain much greater political acceptability at least  among the political parties.  The explosion of Janata experiment leading to myriad forms of Janata dals resulted in the formation of BJP. This incarnation of Jana Sanghi gave it a larger and broader appeal .

The Congress gradually lost ground . Despite emergence of many regional parties , the pan Indian challenge  to Congress remained to be only the BJP . As the permutations and combinations in the fragmented polity did not fructify in yielding a credible alternative, the BJP became the choice of the people and parties across the nation.

Political parties that are opposing Congress for the state specific and political reasons had to gravitate towards the BJP whether or not they were comfortable .

Aggressive , Hindutva and equally aggressive brand of nationalism  combined with powerful organisational and propaganda machine , helped the BJP to emerge as a formidable player ruling the nation  and 20 states.

For More Opinion of Prof.K.Nageshwar: