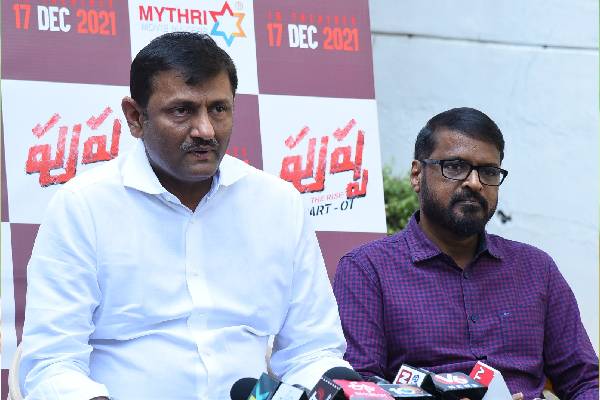 Allu Arjun’s Pushpa released on Friday and the film reported huge numbers despite negative word of mouth. The film is expected to have a packed weekend all over. Mythri Movie Makers, the producers of Pushpa thanked everyone for making the film a grand success. Naveen Yerneni, one of the producers told that the second part of the film will be made with utmost planning. “We will not make the second part in a hurry. We will spend two months on the post-production and will come up with a proper release. The date would be locked in advance and the shoot will start in Feburary or March 2022” told Naveen.

The makers revealed that the film’s content could not reach some of the territories because of the last-minute delays and hurried post-production work. Speaking about this, Sukumar told that the second part of the film would be much bigger and will be made on a lavish scale. Pushpa is made on a huge budget and the film should perform exceptionally well to recover the investments.