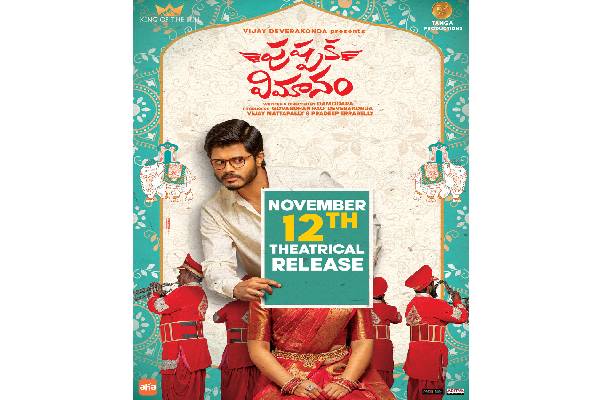 Pushpaka Vimanam, a comedy drama starring Anand Deverakonda in the lead role is the latest Telugu flick to lock its theatrical release date.

The makers have unveiled an intriguing poster to publicize the release date. It confirms that the film will be releasing on the 12th of November.

Pushpaka Vimanam is a comedy drama directed by Damodara.

Vijay Deverakonda is presenting the film and Govardhan Deverakonda, Vijay Dashi, and Pradeep Errabilli is producing it.