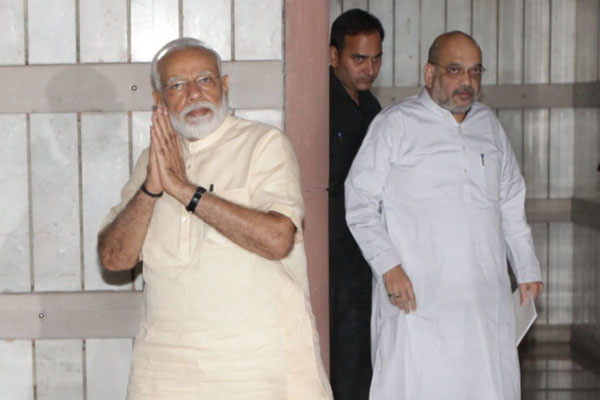 September 17 will see a big face-off this time. Yes. The two second-in-command leaders in the two biggest parties in the country will be in Telangana. BJP’s biggest leader after Narendra Modi and union Home Minister Amit Shah and Congress Party’s past and future president Rahul Gandhi would be in Telangana on September 17. This will be a unique face-off for Telangana.

September 17 is an important date for the BJP as it is the Hyderabad Liberation Day from the yoke of Nizam and the Razakars. It is also the birth anniversary of BJP’s biggest icon Sardar Patel. More importantly, it is the birthday of Prime Minister Narendra Modi. Amit Shah will join Bandi Sanjay’s Yatra and will address a massive public meeting in Kamareddy. Later, he would proceed to Nirmal, where he would address another meeting atop Nirmal fort. The location is important because it was here in 1857 that over a thousand freedom fighters were hanged from a banyan tree. The occasion, the location, the speaker and the yatra confirm the BJP’s ideological agenda.

Congress senior leader Rahul Gandhi too will visit Telangana on September 17. He would speak at a public meeting organised to mark the conclusion of the Dalit and Girijan conferences that the TPCC has been organising. The Congress is trying to gather around 5 lakh people for the occasion. The Congress is planning to launch its Mission 2023 on the occasion. The Congress leaders are already busy with the preparations for Rahul’s visit. This will be Rahul’s first visit to the state after October 2018. He is also likely to review the party’s organisation work and the visit is primarily intended to establish Revanth Reddy’s authority in the state Congress affairs.

So, expect a lot of political action on September 17 this time. The target of both the national parties would no doubt be the ruling TRS in Telangana. Let’s see how the TRS deflects the two-pronged attack.