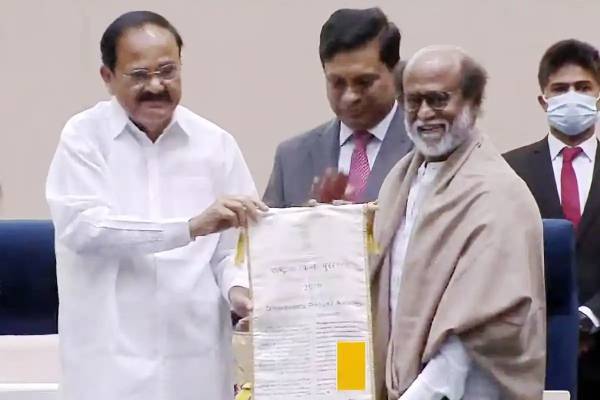 Superstar Rajinikanth was conferred with the prestigious Dadasaheb Phalke Award for his excellent contribution to Indian cinema over the past few decades. He received the award from Indian Vice President Venkaiah Naidu today at the 67th National Film Awards Event in New Delhi. Rajinikanth along with his family members flew to New Delhi to receive the felicitation. Dadasaheb Phalke Award is the highest film honor for an Indian actor that is given by the government. Rajinikanth is done with the shoot of Annaatthe and the film is announced for Diwali release.

Proud moment for all!