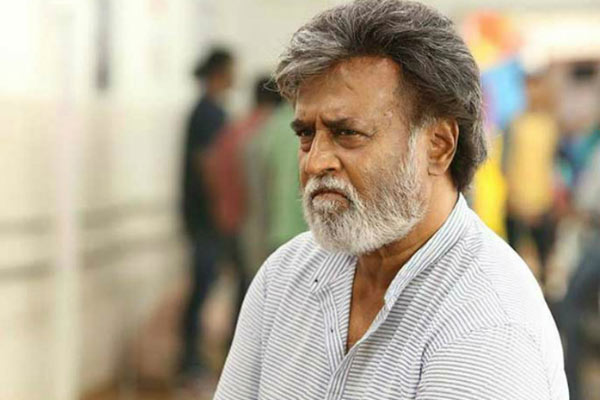 Superstar Rajinikanth says he would love to explore the idea of playing a transgender in a film.

“I have explored almost all the genres. I have worked in 160 films and it’s been 45 years in the film industry. I want to play the role of a transgender,” said the Tamil screen idol, when asked if there still was any genre or role that he would like to explore after such a glorious innings in films.

Rajinikanth opened up at the trailer launch of his upcoming film “Darbar” in the city. Asked if he has been approached by any filmmaker to play a transgender, he said: “No, not yet. I thought about it just now and expressed my wish.”

The veteran actor also spoke of his wish to work in a Marathi film someday, since his roots belong to Maharashtra. He added that his passion for acting has been the driving factor for the last 45 years.

Rajinikanth, who was born as Shivaji Rao Gaekwad in a Marathi family in Bangalore, plays the commissioner of Mumbai in “Darbar”.

Asked what drives him to work in films after having achieved everything, he said: “To be frank, it’s about money (laughs). I have to justify the money I get, and that is huge. No, actually it is the passion. I feel we should love the work that we do. I love acting and I love coming in front of the camera. I think the camera and the light give me energy.”

In “Darbar”, Rajinikanth will be seen playing a police officer after 27 years. “Actually, I don’t like to act as a cop because it is related with duty and all the serious aspects. I love to play happy-go-lucky and entertaining characters. In a cop film, you have to be very serious since he goes after criminals, so I used to avoid it. But (‘Darbar’ director) Murugadoss came to me with a very good subject. It is not a routine cop character. He (Murugadoss) has extracted very different kind of work from me and when you see the film, you will realise it,” said Rajinikanth.

Rajinikanth is known for creating stylish characters onscreen in terms of action, dialogue delivery or a dance sequence. Does he give inputs while developing his characters in films? “I do give inputs but director also gives a lot of inputs when I play a certain character. I don’t exactly know what my style is. I don’t think too much about how to play a certain character. The way I am in real life, I behave similarly on screen as well. I walk and talk fast in real life and that’s what I do onscreen as well. I feel that’s bit different therefore, people appreciate it,” he said.

The film is scheduled for a worldwide release in Tamil, Telugu, Malayalam and Hindi on January 10, coinciding with Thai Pongal.