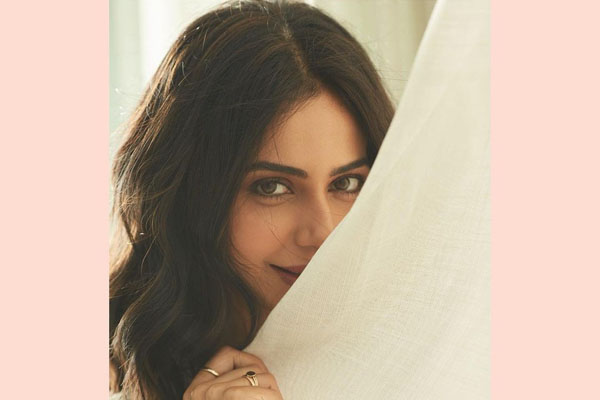 Rakul Preet Singh on Friday described herself as an old soul with young eyes in a new post on social media. In the caption, Rakul seems to promise fans that the announcement of a new series is coming soon.

The 30-year-old star posted a picture on Instagram that captures her hiding behind a white curtain, with only half of her face is visible.

“Just an old soul with young eyes and a vintage heart #newshootseries #comingsoon,” she captioned the image.

Rakul has a string of projects lined up. She will be seen sharing screen space with Arjun Kapoor in a cross-border romance. The actress will also be seen in Thank God, co-starring Ajay Devgn and Siddharth Malhotra. The film is pitched as a slice of life comedy with a message.

Her other film coming up is MayDay, with Amitabh Bachchan and Ajay Devgn. The film is directed and produced by Devgn.