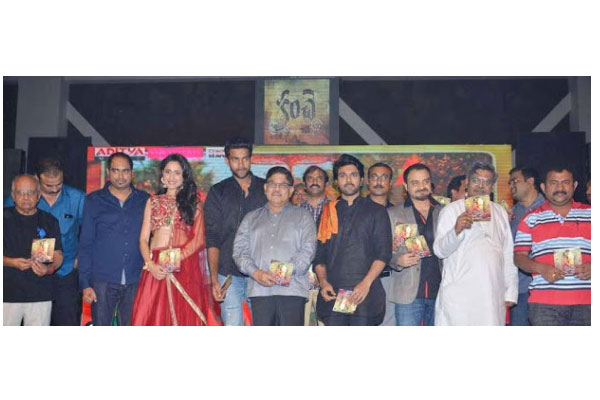 The audio album of Mega hero Varun Tej‘s upcoming film Kanche was released yesterday in Hyderabad. Mega Powerstar Ram Charan graced the event and unveiled the album. Allu Aravind, Naga Babu , Singeetham Srinivas and few others were also present during the launch. The music for the film was composed by Chirantan Bhatt.

The story of Kanche is set against the backdrop of World War II and Varun Tej will be seen as a brave soldier in the film. Young actress Pragya Jaiswal is the female lead in the film and creative filmmaker Krish has directed it. First Frame Entertainment banner has produced the film which is going to hit the screens on October 2nd.