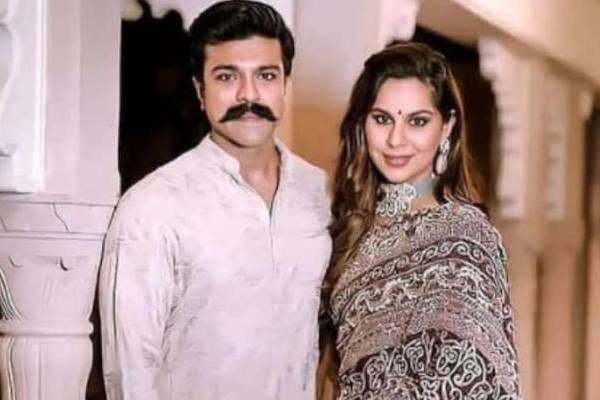 Ram Charan and his wife Upasana Kamineni Konidela were spotted at Hyderabad airport as they were heading for a vacation.

Ram Charan, who had participated in the Rajahmundry schedule of shooting for ‘RC15’, has wrapped up his part, and hence returned to Hyderabad on Sunday early in the morning.

The ‘Rangasthalam’ actor later set off with his wife Upasana, for a short vacation. As the pair walked hand-in-hand, they were papped at the airport.

Ram Charan, who awaits the release of his most-popular upcoming movie ‘RRR’ has been busy shooting for his next with Shankar Shanmugam. Tentatively titled ‘RC15’, the movie is billed as a political multi-lingual movie.

‘RC15’ will have Kiara Advani star opposite Ram Charan, while other roles in the movie.

Shankar Shanmugam, who is known for his movies like ‘Indian’, ‘Anniyan’, ‘Robo’, and other biggies, has been working for this heavy-budget movie and promises to deliver a magnificent movie.

Dil Raju will bankroll this movie, while Thaman is roped in to compose the music.