Controversial director Ram Gopal Varma is personally hurt over the non-release of his film ‘Lakshmi’s NTR’ in Andhra Pradesh. The prevailing election code for a long period has indeed done unimaginable damage to the entire film unit. He blamed and attacked AP CM Chandrababu Naidu and the election machinery till now. All that changed dramatically. Varma’s present target is none other than PM Modi.

In an indirect comparison, Varma indicated that Modi has ‘same to same’ features with dictator Adolf Hitler. For this, Varma posted two pictures showing the two leaders twisting the ears of children. Modi is being blamed for all that is going wrong in AP. Varma made many efforts to release his film on one pretext or another. But the election code came as a big hurdle. The TDP leaders used every opportunity to make sure that the film is not released in AP in view of the code. Because of the inordinate delay, the film makers are more anxious. Their concern is to screen the movie before the counting day at least. With so much politics involved, the film remains caught up in one controversy or another. It’s now to be seen what sort of attack Varma will mount on BJP leaders. 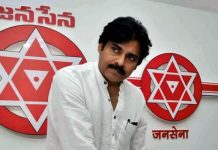