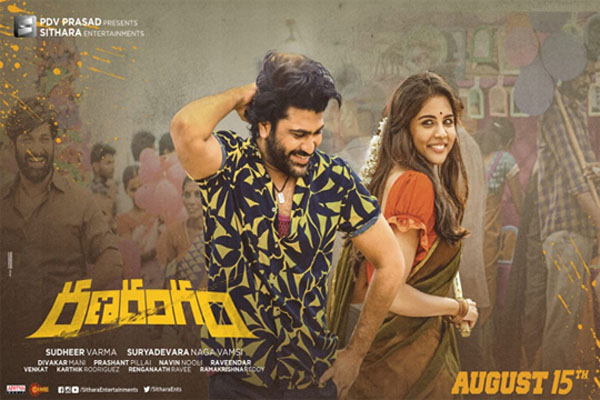 Sharwanand’s latest release Ranarangam, which took a strong opening at domestic box office, has failed miserably in overseas in the first weekend. In a surprising move, the film didn’t have regular premiers in US and this weird strategy has dented the chances of getting decent openings.

Due to lack of premiers, Ranarangam took a poor start with $ 23K from Thursday. As the film received below par reviews and disappointing word of mouth, there is hardly any chance for the numbers to improve in the course of the weekend. On Friday, the film is likely to collect close to 10K. As per the current trend, it may be very difficult for the film to collect $ 100K in its full run. It may end as a huge disaster for trade circles.

Sharwanand has decent fame among overseas audience. So, Ranarangam would have easily notched up 100K from its premiers. But, the unusual strategy didn’t work as expected.

Directed by Sudheer Varma, Ranarangam has Kajal Aggarwal and Kalyani Priyadarshini as female leads. Sithara Entertainments banner has produced it.