There is no stopping Ram Charan’s Rangasthalam in overseas. After embarking on a stupendous start with an impressive $ 706K from its Thursday premiers, the film is continuing its strong hold in its first weekend. Rangasthalam is now became the fastest non-Baahubali Telugu film to enter the $ 2M club in overseas by emulating Mahesh Babu’s Srimanthudu. However, it has collected $2M few hours faster than Srimanthudu. By 9AM EST on Sunday , Rangasthalam has reached this milestone.

Impressively, Rangasthalam collected solid revenues on its premiers day with a ticket price in the range of $ 14 – $ 20 which is equivalent to $ 1M at the price of $ 25. The footfalls are very strong due to the solid hype on the film generated by the heady combination of Ram Charan and Sukumar.

The fairly positive reviews and good word of mouth are helping the film to continue its momentum at the overseas box office. 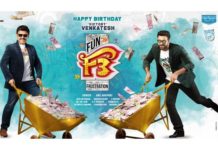