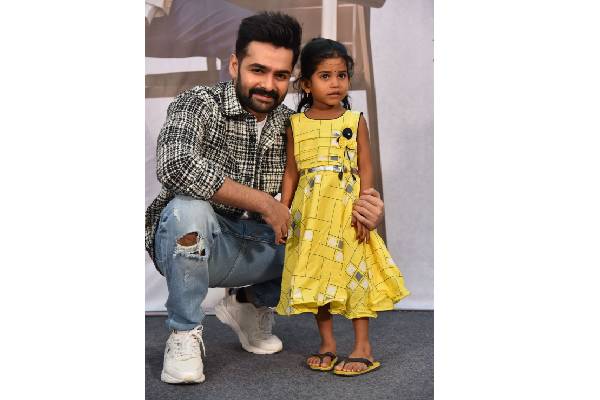 Talented hero Ram Pothineni sustained a neck injury a few months ago and he has been recovering from the same. The latest update is that Ram has almost fully recovered from the injury.

Incidentally, Ram’s fans who were worried about his current condition were thrown a special surprise. Ram personally interacted with thousands of fans from Andhra Pradesh and Telangana, launching calendars that were made for him. Ram assured them about his well-being and confirmed that he will get back to shoot soon. This personal touch from Ram that left his fans thrilled.

Ram is now set to get back to work as he will resume shooting for #RAPO19 from the 5th of January 2022. This is the first time in over 4 months that he’s returning to the sets after the injury and he is said to be excited about the same.

As for #RAPO19, the action thriller is directed by N Lingusamy and it has Ram, Krithi Shetty, Aadi Pinishetty, and others in important roles. This is Ram’s maiden bilingual project.