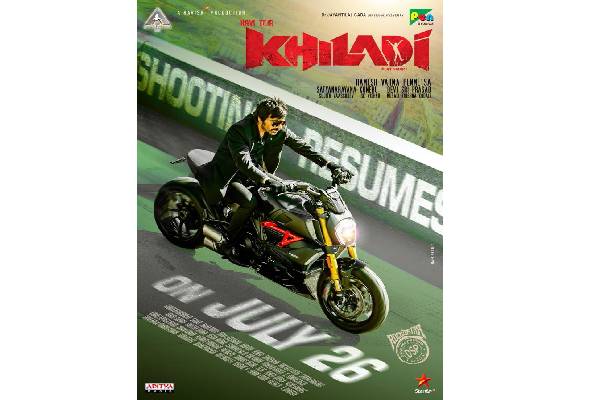 Well known Telugu actor Ravi Teja will once again start the shooting of his upcoming film “Khiladi”. The shooting re-starts on July 26.

The film, which is being directed by Ramesh Varma, and actresses Meenakshi Chaudhary and Dimple Hayathi will be seen alongside Ravi.

According to the production team, the film had already completed the major parts of the shoot before the lockdown break happened. They will now wrap up the remaining bits of the film.

Srikanth Vissa and music director DSP’s brother Sagar provide dialogues, while Srimani pens lyrics and Amar Reddy is the editor of the film.