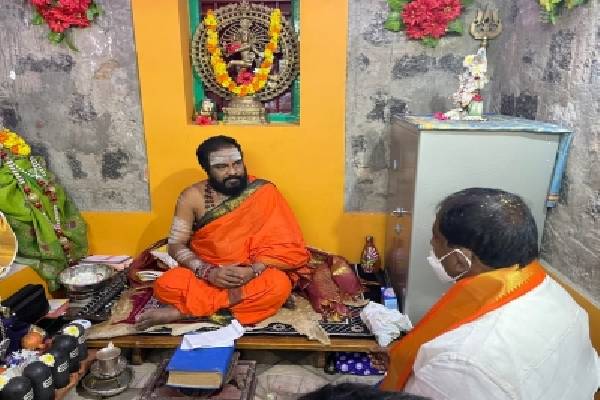 Andhra Pradesh Bharatiya Janata Party (BJP) president Somu Veerraju on Saturday launched a temple tour programme across the state, aimed at protecting them amid alleged attacks over the past months.

“Since the time YSRCP took power in the state under the leadership of Y.S. Jagan Mohan Reddy, many temples were attacked, that’s why, we will visit our temples and we will protect them ourselves,” said Veerraju.

He alleged that many idols were destroyed, chariots were burnt and attempts made to sell the temples’ assets.

He led a team of BJP leaders, including the party’s state general secretary V. Vishnu Vardhan Reddy during the visit.

“I call upon all the Hindu relatives to participate and make this programme a success,” he invited.

Reddy said the saffron party leaders also visited Kanakadurgamma deity at Indrakeeladri by the banks of the Krishna river.

“We prayed to Kanakadurgamma for peace and happiness of all the people in the state,” added Reddy.