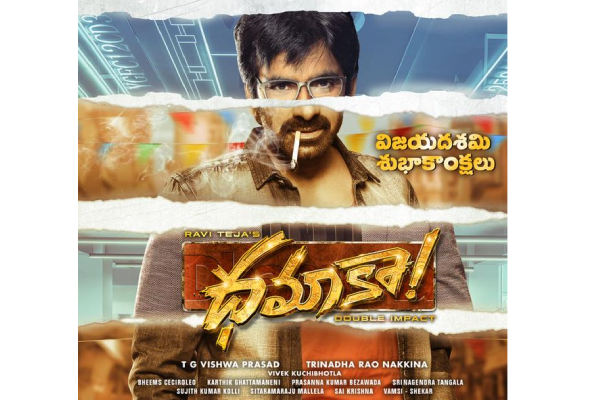 Mass Maharaj Ravi Teja turned a signing spree and is busy with many projects. On the eve of Dasara, the title of the 69th film of Ravi Teja is announced today. The film is titled Dhamaka and it is directed by Trinadha Rao Nakkina and the shoot is progressing in Hyderabad currently. The shoot commenced on October 4th and the film releases next year. Dhamaka is an out and out entertainer and Bheems is composing the music. People Media Factory and Abhishek Agarwal Arts are the producers.

Ravi Teja is done with the shoot of Khiladi and the film releases soon. His next film Ramarao Duty is in the final stages of shoot and this project releases next year. Dhamaka will head for a theatrical release during the second half of 2022.