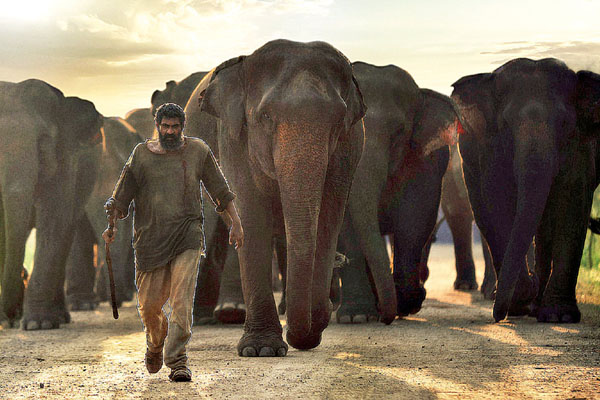 Rana Daggubati’s long-delayed project Aranya is a pan-Indian film and is made on a big-budget. The film is directed by Prabhu Solomon and it is titled Haathi Mere Saathi in Hindi and Kaadan in Tamil. The entire post-production formalities of the film got completed recently and the makers today announced that Aranya will release on March 26th across the globe. Shriya Pilgaonkar and Zoya Hussain are the leading ladies. Eros International bankrolled the movie and Rana Daggubati’s rugged look received an outstanding response.