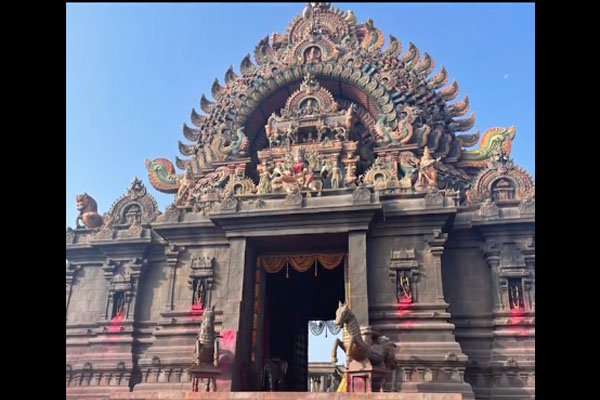 Megastar Chiranjeevi is busy shooting for his next film titled Acharya. A massive temple set has been erected across the outskirts of the city and the major portions of the film is shot here. Megastar Chiranjeevi took his official social media page to release the video which reveals the glimpses of the set constructed. The Temple town that is spread across 20 acres looks fabulous and the architecture reminds of a real Hindu temple.

A massive amount from the film’s budget is allocated for the set. Chiranjeevi and Sonu Sood are currently shooting in the set and Ram Charan is expected to join the sets of Acharya after Sankranthi. Kajal is the heroine and Manisharma is the music director. Acharya is a social drama that narrates a strong social message and the film is inspired by a real life incident. Produced by Matinee Entertainments, Acharya is aimed for May 2021 release.