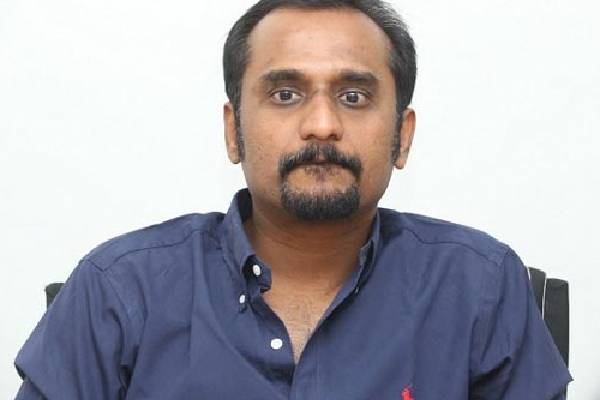 Leaving his lavish life in USA, Deva Katta flew down to Hyderabad to prove his mettle in Telugu cinema. After making his debut with Vennela, he gained enough recognition with Sharwanand’s Prasthanam. Words are his biggest strengths and Deva Katta loves to mix a social element in his films. His next film Republic is hitting the screens tomorrow and it has Sai Tej, Aishwarya Rajesh, Jagapathi Babu and Ramya Krishna in the lead roles. Here are the excerpts from his interview in his own words:

Democracy means rule by the people. I wanted to remind this to the people of Telugu states. I felt that Republic is the perfect title for the film. Though we also considered ‘Zilla Collector’ as one of the titles, we decided to go ahead with Republic.

The audience will love any film that is presented and narrated in the right manner. Social dramas will also have an impact on the audience. If we are honest in the presentation, Telugu audience will watch any genre.

Tej saved me from indulging the commercial aspects in the film. There was no such thought and the discussion about comedy tracks never reached me. I learned from my past films which were made because of the pressure. Republic is a clean attempt.

Politics and people are not different. It is our thoughts and policies that elect our politicians. There would be no politicians in Republic.

I wanted to become an IAS officer but it never happened. I laced a script around such a character. Sai Tej plays an honest officer in the film who fights for the right. I have done enough research before heading for the shoot of Republic.

We wanted to rope in an actor like Bharatiraja for the role of the antagonist. Tej came up with the option of Ramya Krishna who played a woman politician in Republic. We also considered Vijayashanthi for the role but she is currently in active politics. So we finalized Ramya Krishna.

There are strong foundations laid in our country but it is our acts that got diverted. We narrated the same in Republic.

I try hard to control a writer in me as the writer dominates the director. For Republic, I balanced both the parts well.

Pawan Kalyan garu spoke with Republic spirit during the pre-release event. He has the right to question. There is no clarity on the solution. There is a fear in the film industry. If everyone is focused on the issue, we will get the right solution.

There would be a lot of challenges for a director if he comes with a genuine emotion. It may not be liked by everyone. That is the reason we have lot of regular films. It takes some time to convince a producer with a hard-hitting script.