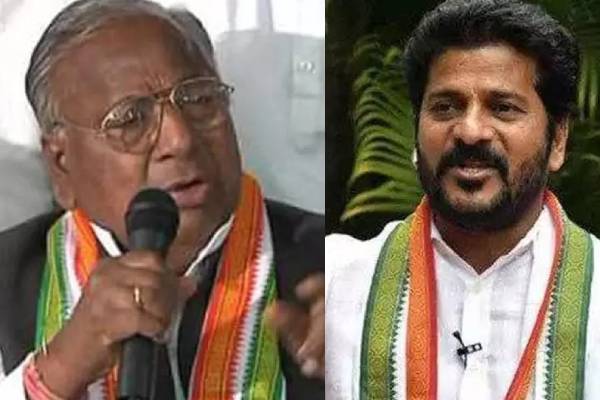 Senior Congress leader V Hanumantha Rao was the one who openly and strongly opposed proposal to make Revanth Reddy as TPCC president since beginning.

Such was VH’s rivalry with Revanth that he lodged police cases against Revanth’s followers who called VH over phone and abused him for opposing Revanth.

But on Monday, Revanth surprised everyone including VH by visiting Apollo Hospital where he is undergoing treatment to enquire about his health and also seek his blessings.

VH was very much impressed with Revanth’s gesture and offered to work together with new TPCC chief to defeat KCR in 2023 Assembly polls.

VH even offered to take Revanth to Sonia and Rahul Gandhi in Delhi to discuss on action plan to be adopted to fight against TRS government in future.

Revanth too felt very happy at VH’s response. Revanth praised VH for thinking about Telangana people and Congress even at the time of undergoing treatment on hospital bed.

Revanth said VH inspired him a lot with his commitment towards people and party in Telangana.