Ram Gopal Varma’s controversial ‘Kamma Rajyamlo Kadapa Reddlu’ has landed in trouble further. The Censor Board members watched the film and refused to grant censor certificate as is. The members recommended it for the revising committee to watch before taking a final decision about the censor clearance. Now the ball is in the court of revising committee.

The film was to release on November 29 but it has been postponed. Telangana High Court directed CBFC to watch the film in a week. Now, the committee will take a decision.

RGV came forward to change the title voluntarily but the board members felt the film has highly objectionable dialogues about various politicians and against certain castes. 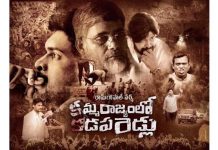 Back to back shocks for RGV

Many sequences to be cut from RGV’s KRKR 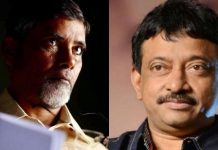