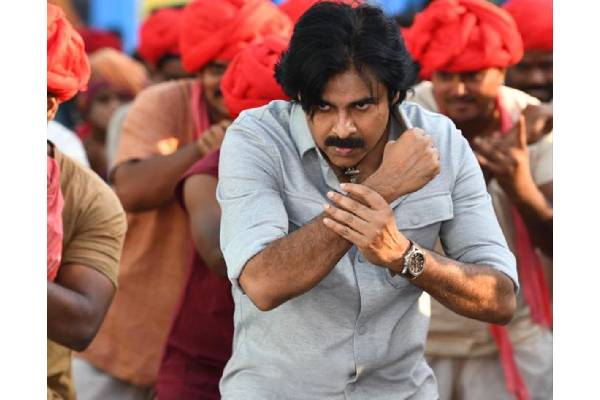 RRR fever has gripped the nation and there is a huge demand for the film’s tickets. The team is promoting the film aggressively and the special premieres will start from midnight of 24th across the Telugu states. Pawan Kalyan’s Bheemla Nayak is announced for streaming on Disney Plus Hotstar and Aha from March 25th. Considering the RRR fever, Disney Plus Hotstar preponed the streaming date of Bheemla Nayak. The film will be available from March 24th 12 AM.

On Aha, Bheemla Nayak will be available from March 24th. Bheemla Nayak made well in theatres and is declared as a hit. Pawan Kalyan’s performance was the major highlight of the film. The theatrical run of the film came to an end and the digital rights are sold for a bomb. Saagar Chandra directed Bheemla Nayak and Trivikram penned the script. Rana Daggubati played Daniel Shekar and Nithya Menen played Pawan’s wife.