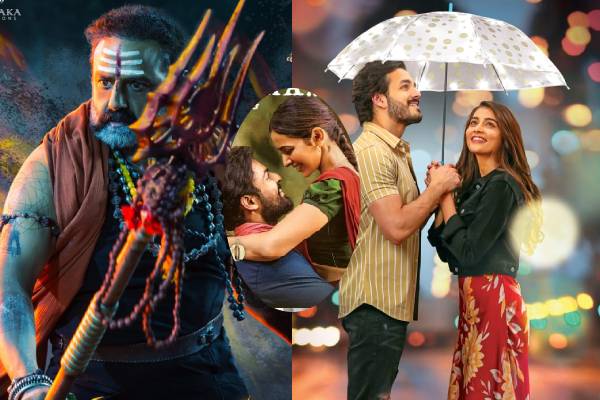 The current situations in the country are unpredictable. Tollywood is the only film industry that is reopened for business and a series of films are lined up. September will have decent releases if the government of Andhra Pradesh revises the GO of ticket prices. Movies like Seetimaarr and Love Story will release in September if things are positive. The third wave of coronavirus fear is creating tremors across the Telugu cinema. There would be a big bet during the Dasara season this year if things are smooth.

Nandamuri Balakrishna’s Akhanda, Sai Tej’s Republic, Sharwanand and Siddharth starter Maha Samudram, Akhil Akkineni’s Most Eligible Bachelor, Vaisshnav Tej’s Kondapolam and Dil Raju’s nephew Ashish’s debut film Rowdy Boys will hit the screens during the holiday season. The expected theatrical bet on these films is close to Rs 175 crores. The crucial summer this year is missed because of the second wave. For now, the filmmakers are working on a positive note to release their films during the Dasara holiday season.