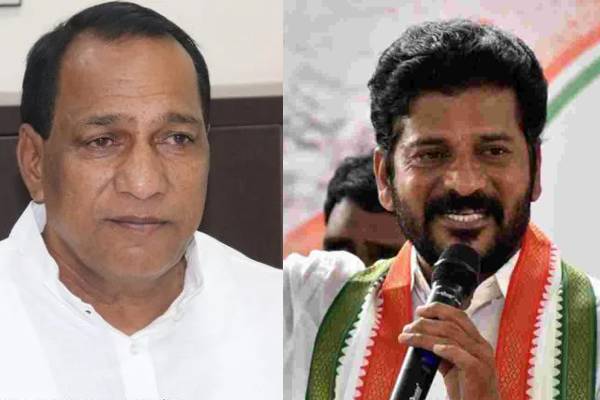 The war of words between TPCC chief Revanth Reddy and TRS Minister Ch Malla Reddy shows no signs of abating. The war of words has all the elements of a melodrama with the leaders hurling abuses at each other. The chest thumping, thigh slapping and the wild gesticulations between the two leaders is turning out to be an edge-of-the seat thriller.

But sources say that the rivalry between the two leaders is as old as their politics. Both were in the Telugu Desam Party together and their rivalry began from there. In 2014, both Malla Reddy and Revanth Reddy vied for the Malkajgiri MP seat. However, it took a lot of persuasion to make Revanth Reddy relent and contest from Kodangal Assembly seat. According to Malla Reddy, Revanth then threatened to target Malla Reddy’s educational institutions. In the later developments, Malla Reddy joined the TRS. In 2019, Revanth was pitted against Malla Reddy’s son-in-law Marri Rajasekhar Reddy in Malkajgiri.

According to Malla Reddy, Revanth pursued the politics of vendetta by raising several questions against Malla Reddy’s institutions in the Lok Sabha. He said since then, the targeting has been continuing. Malla Reddy too is being seen as the arch rival of Revanth Reddy. Revanth’s choice of words for Malla Reddy too shows the kind of aversion he has for the Minister. He used words like ‘Pala Malli Gadu’ (milk seller) to criticise Malla Reddy. Malla Reddy too used unprintable expletives against Revanth Reddy.

Sources say that with both the leaders in different parties, the rivalry has come out into the open these days. Revanth Reddy is trying to settle the old scores, say those in the know. They also say that the rivalry will continue in the days to come and it could even get worse.