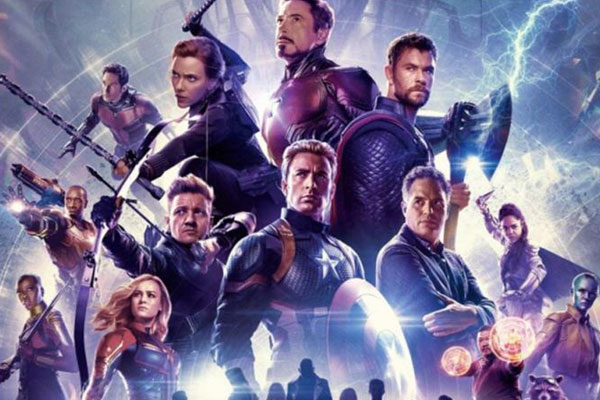 Diehard fans of the Marvel Cinematic Universe (MCU) across India thronged theatres to catch the action of “Avengers: Endgame”, which culminates over 11 years of storytelling about superhero adventures. Trade experts feel the action and drama of the final chapter will bring in a “tsunami” at the Indian box office, setting new records.

The movie, released in Hindi, English, Tamil and Telugu across 2845 screens in India, is likely to register an opening day collection of between Rs 50 crore and Rs 55 crore, and an opening weekend figure of around Rs 200 crore, predict analysts.

“‘Avengers: Endgame’ Marvel-ous. The hugely-anticipated film exceeds the humongous expectations… Emotional, humorous, lots and lots of surprises in store… Get ready for a tsunami at the box office,” trade analyst Taran Adarsh tweeted.

Ashish Saksena, Chief Operation Officer – Cinemas, BookMyShow, said in a statement: “The excitement around ‘Avengers: Endgame’ is unlike anything we have seen before. The demand for tickets has been sky-high since advance bookings opened on BookMyShow, with cinemas adding new shows every day to match fans’ rising demands. Early trends on our platform indicate that ‘Avengers: Endgame’ will break all box office records for a Hollywood film in India.

“The opening day business is expected to hit Rs 55 crore and will likely cross Rs 150 crore in its opening weekend.”

Over 2.5 million tickets were sold in advance on BookMyShow, marking the highest ever advance ticket sales for a Hollywood film on the platform.

Industry experts Girish Johar and Rajesh Thadani conjectured the opening day figure to the tune of Rs 50 crore. This is more than double of the opening day collection of Karan Johar’s ambitious Bollywood ensemble cast production “Kalank”, which has registered 2019’s highest opening for Bollywood at Rs 21.60 crore.

Trade analyst Komal Nahta told IANS that it may not be a surprise if “Avengers: Endgame” clocks even Rs 190 crore in the opening weekend.

In the first half of the day, Nahta had estimated the opening weekend collection to be around Rs 150 Crore. But then he said, “Every few hours, things change”.

And for “Avengers: Endgame”, things are only getting better in the box office game.

“A lot of Bollywood makers may be shivering looking at the euphoria and opening of ‘Avengers: Endgame’. The film starts a new game for Hollywood in India, that’s for sure,” Nahta told IANS.

Thadani, a well-known film distributor, said the opening weekend collections could even go up to Rs 200 crore.

“The film opened as early as 6 a.m. in theatres, bringing excited fans to the theatres. Some places are even showing the film overnight, so all these factors combined will give the movie a huge advantage,” he told IANS.

“Avengers: Endgame” is the 22nd film from MCU, the latest after “Captain Marvel”, which released last month.

It shows supervillain Thanos engaging in an epic battle with superheroes like Iron Man, Thor and Captain America.