Prabhas starrer Saaho, touted as the biggest actioner in India, is red hot in trade circles with its unprecedented pre release business deals in all territories. The film is also setting new benchmarks in terms of digital rights.

Telugu360 has exclusively learnt that the digital rights of Saaho have been snapped for a humongous 42 Crores by Amazon Prime. The deal includes the digital rights big Telugu Tamil and Malayalam languages. This is an all time record by a large margin. This is a clear testimony for the craze surrounding Saaho beyond Telugu states. Made on a staggering budget of 300 Crores, UV Creations has recouped a majority of its investment through its strong pre release business all over the world.

The impressive teasers and trailers with extravagant visuals have augmented the expectations on the film. Directed by Sujeeth, the film is slated for release on August 30th. 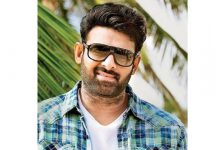