Tollywood hunk Prabhas has droolworthy appearance that will send his die-hard fans into a tizzy. In his upcoming film Saaho, which is creating huge waves across the country, the Baahubali actor is expected to flaunt his brawny avatar in the action episodes. A new poster which has been unveiled by the makers of Saaho hint the same.

The new swashbuckling poster has Prabhas in a badass avatar flaunting his muscles and he is seen wielding a machine gun aiming at his adversaries. Saaho is billed as the biggest actioner in India and the trailers filled with breathtaking chase sequences have already set a high bar on the film. Directed by Sujeeth, the film has an ensemble cast from Bollywood and South India.

Saaho is set for a massive release on August 30th. UV Creations has bankrolled it with 300 Crores budget. 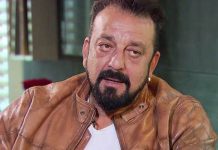