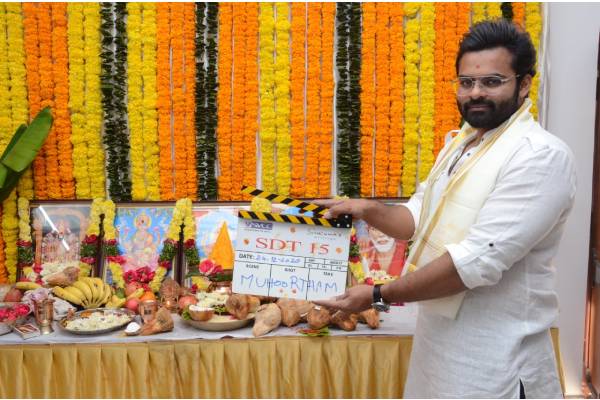 Sai Dharam Tej is the first actor to take the bold step and is releasing his next film Solo Brathuke So Better in theatres during this pandemic season when the patrons are allowed to watch the films in 50 percent occupancy. He is currently shooting for Deva Katta’s Republic in West Godavari district from some time. Sai Dharam Tej also signed one more project in the direction of debutant Karthik Dandu and the film got its official launch today with a pooja ceremony.

The regular shoot commences next year once Sai Dharam Tej is done with the shoot of Deva Katta’s movie. Sukumar penned the screenplay for this interesting film. BVSN Prasad and Sukumar are jointly producing this untitled film. The movie is said to be a mystical thriller which will release next year.

The movie was launched today and formal pooja was held.