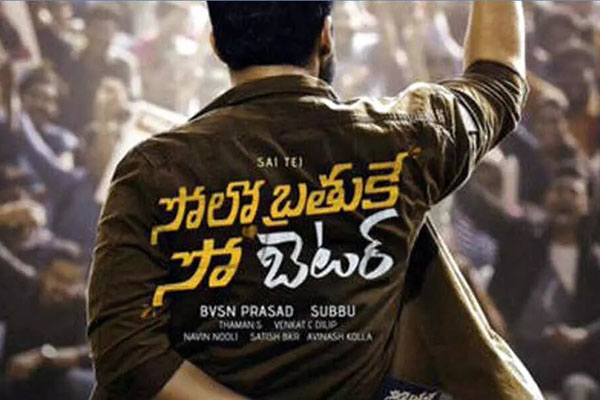 Solo Brathuke So Better happens to be the first film to release after the pandemic arrived. The film’s performance is quite crucial for Tollywood as it sure turns out to be the first step to release other pending projects awaiting a release. Right from Megastar Chiranjeevi to Mahesh Babu and Ram, everyone took their official social media pages to wish the film. Every star urged the audience to return back to the theatres to watch Solo Brathuke So Better.

The advance sales for the film too have been satisfactory and Solo Brathuke So Better is expected to take a decent start tomorrow. The film’s performance completely depends on the word of mouth. 50 percent occupancy is sure a barrier but the film is getting a wide release and the holiday season would be an additional advantage. Directed by Subbu, Solo Brathuke So Better features Sai Dharam Tej and Nabha Natesh in the lead roles. BVSN Prasad produced this youthful entertainer.