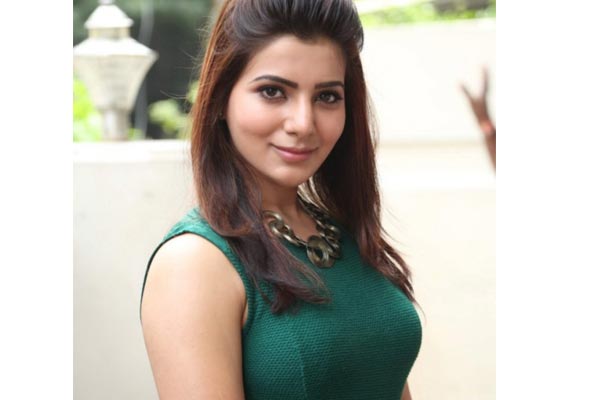 Gorgeous South Indian heroine Samantha is one of the busiest actors at present. She has a bunch of big ticket films up her sleeve and is juggling between them. She has recently wrapped up her part for a couple of upcoming films.

According to the fresh reports, Samantha has joined the regular shooting of Nithiin’s upcoming family entertainer, A..Aa. Trivikram Srinivas is directing the film and S Radha Krishna of Haarika and Hassine Creations is bankrolling it.

The current schedule is progressing in Hyderabad and a fight sequence is being canned by the unit. Anupama Parameshwaran is the other female lead in the film. Avasarala Srinivas and Ananya are essaying crucial roles and happening composer Anirudh Ravichander is scoring the tunes.

The film is slated to hit the screens in February next year.