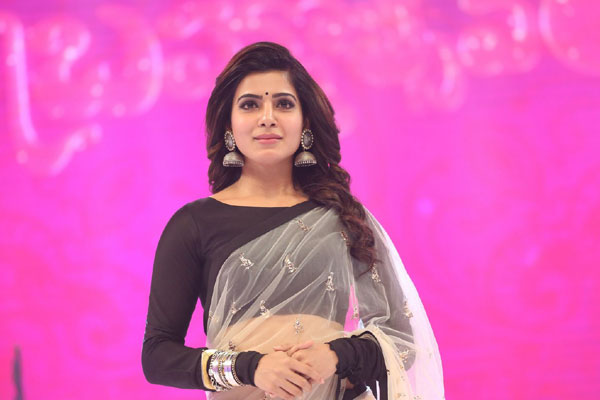 ‘Samantha’ is one actress in the film industry, who is currently riding high in her career with back to back hits at the box office.

Touted to be a lucky lady in the industry, this lead actress had a fantastic year so far. She has proved her mettle in both the telugu and tamil film industries. Her previous release ‘Theri’ which has ‘Vijay’ in the lead role has collected over 100 Crores at the box office. Now the latest release Suriya’s ‘24’ which was released yesterday has garnered a thumping response from the audience. She has scored two big hits in the summer so far and is still waiting for the release of much anticipated films like ‘Brahmotsavam’ and ‘A Aa’. These two films are going to be released in both telugu and tamil very soon.

These both films are having humongous expectations in the audience. If the duo scores a good hits at the box office, ‘Samantha’ is surely going to reign both the industries within no time.