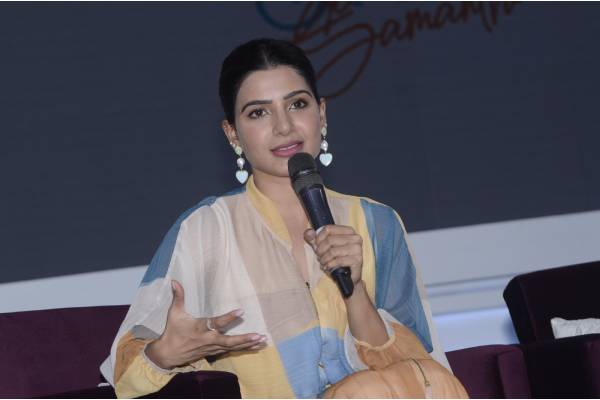 Samantha Akkineni is the top actress of Telugu cinema and she has been charging a bomb for every film. The actress signed a couple of films and will shoot for them from next year. The surprising announcement came from the digital platform Aha after they signed Samantha for a celebrity talk show. With Samantha signing the show, the expectations reached skies. But leaving many in surprise, the show named ‘Sam Jam’ received poor response from the audience.

The show seemed to be a mix of several celebrity shows from the past. Sam Jam lacked a new concept and theme. Vijay Devarakonda was the first celebrity on Sam Jam which started streaming from November 13th. Samantha is charging Rs 1.5 crores for the ten-episode show which is quite less when compared to her demand and craze. Her fans and the audience are surprised why Samantha signed such a regular show at this phase of her career. The actress will next be seen in the direction of Nandini Reddy and the film is a horror-thriller. Sony Pictures India will produce this pan Indian project.