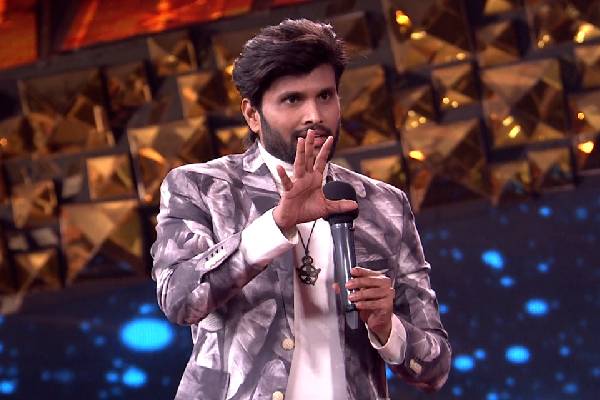 Bigg boss season 4 is going in a directionless way. With each week, for the last 4 weeks, the graph of the show is going down. As per the latest update, Bigg boss makers are planning to re-enter Kumar Sai into the house again. Details as below.

Bigg boss show got better in Telugu with the passing of each season. Bigg boss season 2 was much bigger than big boss season 1 in terms of the number of votes polled in the grand finale. Bigg boss season 3 broke all the previous Bigg boss Telugu records in terms of TRP. Seems this success made the team Bigg boss 4 over-confident. Their over-confidence and take it for granted attitude was visible right from the list of housemates. They selected contestants who are not known to the audience much. Audiences don’t know many of them like- Sohail, Akhil, Ariyana, Mehboob, Divi, etc Audience wants to see how the celebrities behave in different situations rather than youtube stars who are just like the guys next door.

The overconfidence of makers doesn’t stop at the selection of the contestants but they thought they can ‘design’ and manipulate the game and fool the audience and still tell that the eliminations are based on the voting of the audience. When Devi was eliminated, the audience thought she might have got fewer votes despite having a good name. But when Monal was getting the worst feedback and least votings on every social media handle and yet getting saved, the audience was clear that Bigg boss makers are running this season as per their whims and fancies. Everyone opined that Kumar was made the scapegoat to save Monal.

Even after getting negative feedback during Kumar Sai eviction, Bigg boss makers continued to eliminate strong candidates and save the ‘Pulihora batch’ (the name given the contestants who think flirting with others in the house is better than playing the game to continue in the show). All this backfired and currently, the show is receiving terribly bad feedback. Nagarjuna stopped announcing the ratings long back. Netizens stopped voting because they know it doesn’t really matter. All this seemed to have reached the Bigg boss team. They want to address the issues. By re-joining Kumar Sai, it seems, they want to address the negative feedback on the show.

As of now, Kumar Sai re-entry is just a rumor. We need to wait and see whether Kumar will rejoin the house or not.