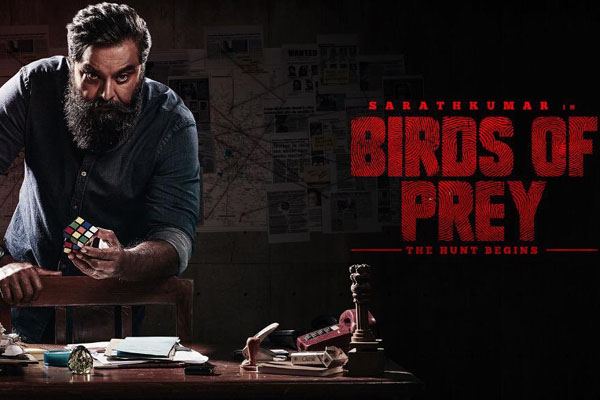 Veteran actor Sarath Kumar is entering into digital space with a psychological thriller. The web series is titled Birds of Prey and the first look posters are unveiled by his wife Radika Sarathkumar on the occasion of his birthday. Telugu360 has exclusively learned that Allu Aravind will bankroll this project for his digital platform Aha. Praveen Nayyar, a protege of Gautham Vasudev Menon will direct this project.

Sarath Kumar was impressed and decided to play the lead role in Birds of Prey. The web content will release as Aha Original Series soon. The release date of Birds of Prey will be announced soon. Allu Aravind is currently signing projects with several top Tollywood directors to produce interesting content for his digital platform Aha.