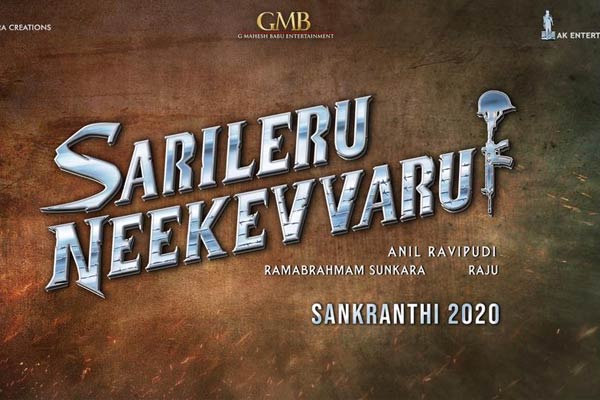 The makers of Sarileru Neekevvaru already announced that a single will be released every Monday in the month of December. The first single ‘Mind Block’ from Sarileru Neekevvaru will be out tomorrow at 5.04 PM. Mind Block is said to be a peppy mass beat from the film. Devi Sri Prasad who promised a musical feast for Superstar fans is quite confident that the single will end up as a chartbuster.

Superstar fans are eagerly waiting for the arrival of the first single after the teaser clocked record number of views. The shoot of Sarileru Neekevvaru is happening at a fast pace in Hyderabad. Directed by Anil Ravipudi, Sarileru Neekevvaru features Mahesh Babu and Rashmika Mandanna in the lead roles. The film is hitting the screens on January 11th 2020.