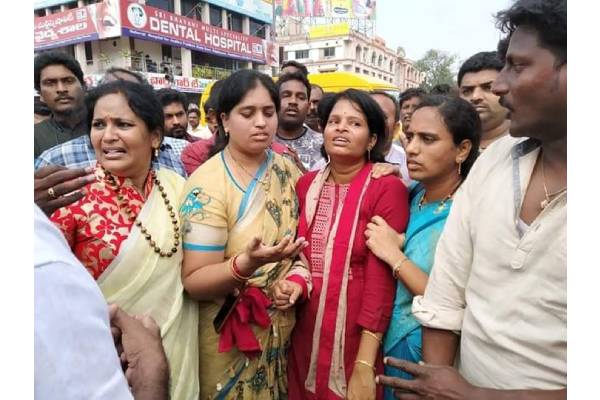 Tensions are prevailing in Kakinada port town with the police imposing prohibitory orders under Section 144 and Police Act 30 ahead of Jana Senani Pawan Kalyan visit today. Pawan is coming to console the victims of the attacks made by YCP MLA Dwarampudi Chandrasekhar Reddy’s private armies.

The police are taking additional precautions because of large numbers of Pawan fans arriving into Kakinada town to welcome their leader. Moreover, the YCP MLA once again provoked the feelings of Jana Sena cadres by saying he stood by his comments made earlier against Pawan collusion with the TDP. Just like in Amaravati villages, the police are trying to restrict the visit of Pawan by not allowing public gatherings and meetings. There are fears of the situation slipping out of control if the ruling party leaders restart provocative comments and attacks.

In the past two days, there have been bitter exchanges of words between Pawan fans and YCP activists. Jana Sena leaders are hitting back at the MLA using the same indecent language.