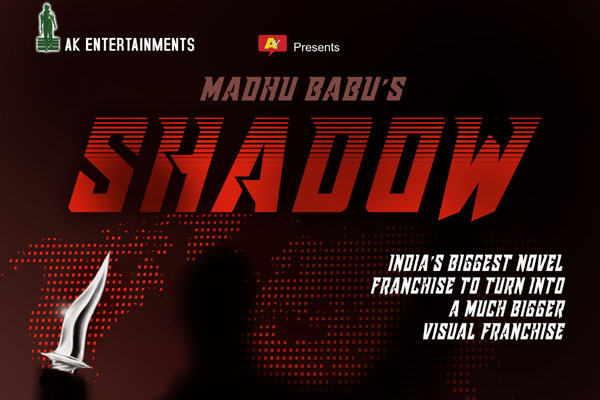 Renowned production house AK Entertainments announced that they would be bringing the famous Shadow series penned by B Madhu Babu into a web series. Madhu Babu himself is working on the script. Pradeep Chilukuri who earlier directed Raja Cheyyi Veste will direct this web series. Anil Sunkara is confident on Pradeep Chilukuri and asked him to helm the project.

While the script work of the project is happening, the makers are in the hunt for the right actor who can take carry the character. Names like Gopichand, Adivi Sesh, Bellamkonda Sreenivas and Vishwak Sen are considered. The final decision would be made after considering the remunerations and shooting schedules. Anil Sunkara is in plans to make this project in all the Indian languages. He is also considering the options of top South Indian actors to play the role of Shadow. More announcements about the project will be made soon.