As reported earlier by Telugu360, the overseas rights of Shailaja Reddy Alludu have been bagged by Idream Media for 3.1 Crores. So, the film need to collect more than one million dollar for break even in overseas.

This is going to be a tall order for Naga Chaitanya because he is yet to score a million dollar film in overseas. Buzz is that Shailaja Reddy Alludu is shaping up quite well and Maruthi’s impressive track record in overseas will definitely result in good openings.

It remains to be seen if Chaitu manages to gain some foothold in overseas with these two films. 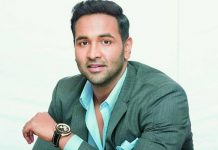